The St. Louis Patriots Home School Baseball team was founded in 2006 by two fathers: Mike Petzoldt and Tom McKnight. They recognized that high school level baseball wasn't readily available to homeschool students during the spring.  A desire to give these students the opportunity to play competitive spring baseball, lead them to the founding of the Patriots.  During that inaugural season, they played just two games and they were only able to play five games the following year.  In 2008, they were able to increase their schedule to over 15 games.  Today, that team has grown into an organization that includes varsity, junior varsity, freshmen, 8th grade and 7th grade homeschool teams, along with multiple youth summer and SLABA teams.

In 2011, the Patriots made it's inaugural trip to the Homeschool World Series in Auburndale, FL and finished 4th.  (HWSA)

In 2013, the Patriots became an affiliated home school program with MSHSAA,  this gave us the ability to compete against local private and public schools in regular season games.  Our first game was March 3 against Christian High, which we won 8-5.

In 2017, the Patriots started a youth summer baseball program.  We recognized the need for Christ-centered summer baseball teams, not just for homeschool students, but for all Christian families.  We have teams ranging from 6U-14U that play in different assocations in the metro St. Louis area.

In 2019, the Patriots joined SLABA, we currently have a 16U team and two 15U teams participating.

Our program's mission is to honor Christ while playing competitive baseball.  We play for Christ first, teammates second, and me last.  Our hope is to not only develop good baseball players but Godly young men.  We hope the relationships that they develop with their other brothers in Christ will last a lifetime.  Honor God, Play Hard, Play Smart, Have Fun. 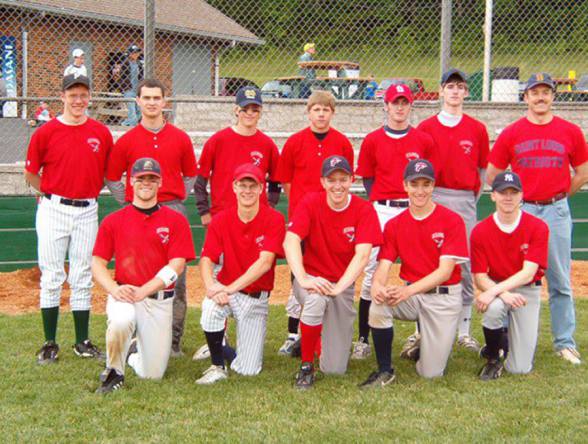